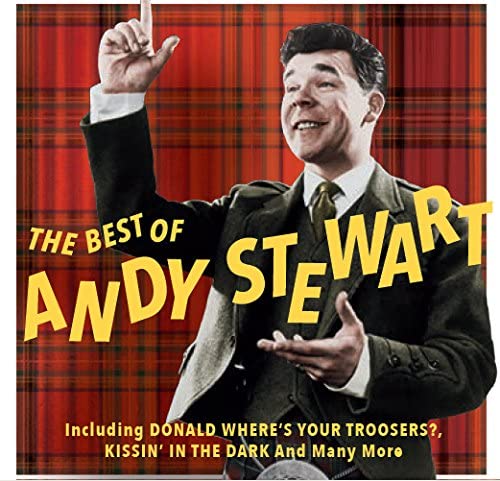 There are many bagpipe tunes that are familiar to people in Scotland because they have been used for popular songs.  And sometimes it is the other way round: traditional songs having become popular pipe tunes.  At the intersection of pipe tunes with traditional and folk songs, one man stands supreme - Andy Stewart.

In the 1960s, Andy Stewart used various traditional tunes as the basis for patriotic songs which achieved considerable success in Scotland.  All of the following are now part of my repertoire.

The 3/4 retreat march, the Green Hills of Tyrol - actually composed by Rossini - with the words describing the death of a Scottish soldier mercenary, accompanied by his trusty piper, on these Green Hills.

Another 3/4 march, When the Battle's O'er ("Sleep in peace now, Soldier Laddie, sleep in peace now the battle's o'er").  One of my friends in the Boys Brigade, asked to play a marrying couple out of church after their wedding, hilariously used this tune.

Then there is a 4/4 tune, actually from Ireland and used for a slightly tricky Scottish Country dance, The Meeting of  the Waters, published by Andy as Take me Back ("..again, where heather hills are high.....")

Of course every Scot knows the tune of Scotland the Brave and many know at least some of the words of Andy's version.

Lastly, to the tune of the 6/8 march, The Glendaruel Highlanders, we have one of Andy's more amusing songs, Campbelltown Loch, in which the singer imagines that the loch consists of whiskey in which he happily swims, until the last lines, when he sees the dreadful sight of "the polis afloat in a dirty great boat, and they're shouting 'Time, gentlemen, please'".